Mining stocks should not fear a US rate rise 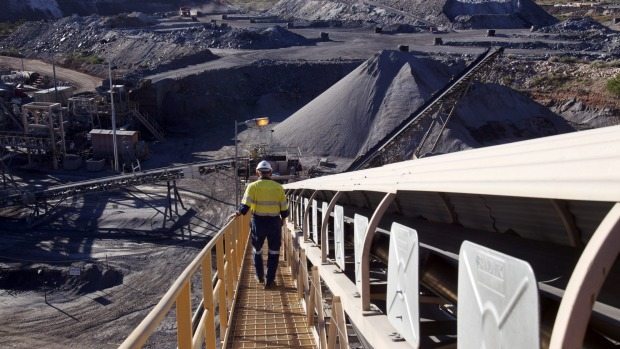 Beleaguered mining stocks could be one of the few winners when the US Federal Reserve raises rates this year, says a leading investment bank.

Investors across the world were positioning for when the US Federal Reserve finally raised rates, expected in either September or December this year, with repercussions feared for risky assets such as equities.

Citi Research analysts had taken a closer look at how mining stocks had reacted in the past to a period of rising interest rates and concluded investors in this sector should not be too worried about monetary tightening in the US.

“We can say with some confidence that there is no hard evidence to suggest higher interest rates are bad for mining equities. On the contrary, a weak case can be made for miners potentially doing better under conditions of rising interest rates,” metals and mining equity analyst Jon Bergtheil said.

Australian mining stocks were hit by falling commodity prices as global and particularly Chinese demand slowed. July was the worst month for most commodity prices in four years, with an 11 per cent drop in the total return index from June. Iron ore, copper and gold were all down significantly.

The last quarter saw Rio Tinto fall 5.7 per cent, BHP Billiton fall 6.7 per cent and Newcrest Mining down 2.62 per cent, but July saw a recovery of sorts in mining stocks.

Taking Rio Tinto (and its US listing) as its key stock, Citi researchers analysed its performance in relation to United States interest rates and said while it was hard to argue there was a cast-iron correlation, the stock had previously risen alongside US rates.
‘Blunt instrument’

“This sounds intuitively correct because governments typically engineer rises in rates when they want to cool an economy that already has upward momentum. Upward momentum in an economy is good for metal demand,” Mr Bergtheil said, adding that it usually took time for the ‘blunt instrument’ of higher interest rates to hit commodity prices.

“Commodities therefore get a ‘free ride’ of ongoing demand momentum for some time after the first rate hikes.”

However, the self-identified weakness in Citi’s case was that s the rate hike was likely to result in a stronger US dollar, which had historically been negative for metals.

“The trouble is that the ‘economic momentum’ argument is more reliable, as the dollar will only respond positively to rate hikes if those hikes are more than the rate hikes in other currencies,” said Mr Bergtheil, who expected the Fed to start raising rates in September.

While New Zealand raised rates last year, before reversing course this year, and Australia was expected to tighten in 2016, European interest rates were likely to continue to lag behind the US for some time.

The report by Citi said particularly for commodities strongly bound to economic momentum such as copper and iron ore, both of which had been used extensively in China’s construction boom, economic momentum played a key and even a leading, role over the financial factors such as currency fluctuations.

“In other words, the real economy more often overpowers the financial sector drivers in the case of base metals and bulk commodities.”