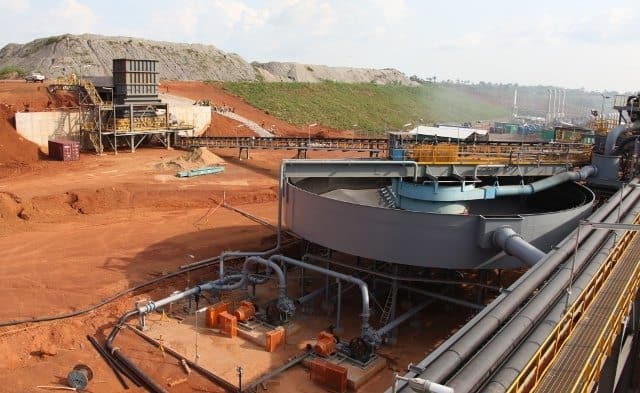 London Mining Plc warned it did not have sufficient cash to operate its only mine, sending the iron ore miner’s shares plunging 59 percent to a record low.

The owner of the Marampa mine in Sierra Leone said it was in talks for a potential strategic investment, but any funding would involve significant equity dilution.

Smaller iron ore miners in West Africa are facing a perfect storm as they grapple with the deadly Ebola virus while tackling record-low prices for the commodity due to an oversupply, and stagnant demand from China, the world’s top consumer.

Rio Tinto Plc , BHP Billiton Plc and Brazil’s Vale have flooded the market with their low-cost iron ore from Australia and are virtually snuffing out high-cost producers.

London Mining’s warning comes a week after it said it could end an iron ore supply contract with Glencore Plc due to a payment dispute.

“London Mining was always going to be struggling at current iron ore prices, but the prepayment dispute with Glencore certainly appears to have tipped it over the edge,” analysts at Investec Securities wrote in a note.

London Mining said it was in talk with a potential investor for funds, but that the funding, as currently structured, would take a number of weeks to implement, besides diluting existing equity.

London Mining on Monday said those funds were not expected to be available “in the required time period with discussions on structure ongoing”.

The company also said its lenders were considering the provision of further finance and that they were supportive of the process.

“The requirement for a revised capital structure indicates that the banks need be involved in the strategic partner negotiations, presumably adding to the delay,” Investec said.

London Mining has so far trimmed its full-year production forecast and deferred extension and all non-essential capital expenses on the mine.

The company’s shares, which traded above 400 pence per share in 2011, plunged 59 percent to a record low of 10 pence on the London Stock Exchange on Monday.