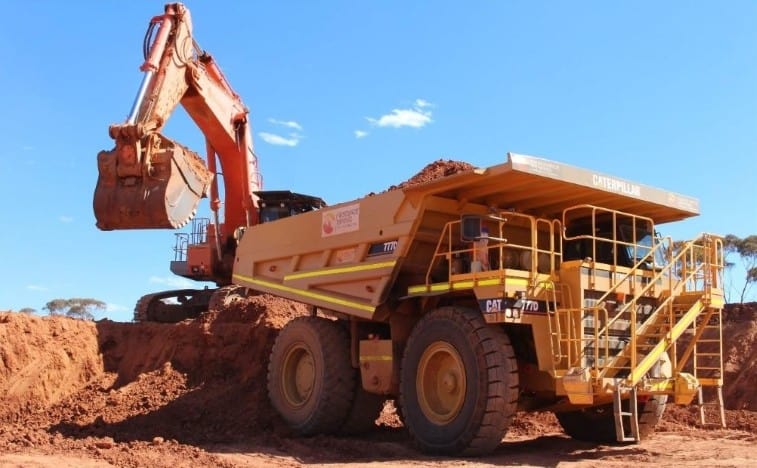 Pre-stripping of the waste overburden is expected to take 6-7 weeks followed by grade control and then ore mining.

Intermin is also active at the Goongarrie gold project and at other prospects within the Teal gold project.

Jon Price, managing director, commented: “We are looking forward to completing the pre-strip and mining our first ore this quarter and taking advantage of the very strong A$ gold price.”

Intermin has a number of quality gold assets in the world class gold mining region surrounding Kalgoorlie-Boulder in Western Australia.

The company’s flagship projects are the 100% owned Menzies and Teal projects which host significant mineralisation and have the potential to be mined via open cut and underground methods.

The Teal Stage 1 open pit gold mine within the Teal project represents a near term opportunity for gold production.

The small open pit gold project is capable of producing 15,567 ounces of gold over 9 months for a capital cost of $3.9 million.

Intermin recently signed a binding heads of agreement with Eastern Goldfields Ltd (ASX:EGS) with regard to its Menzies and Goongarrie gold projects.

Feasibility work has commenced on Goongarrie Lady where a 25,000 ounce gold resource has been defined.

Optimisation and mine design is nearing completion, mill options are under negotiation, and the full feasibility study is due in the March quarter.

Peyes Farm and Teal south is being worked on concurrently to identify the most optimal mine development to follow on from Stage 1.

Diamond and reverse circulation drilling is progressing well with first results expected in the next 2-3 weeks from Teal south and Peyes Farm and some new targets within the Teal mining centre.

Any gold resources discovered near to Teal Stage 1 have the opportunity to extend the current mine life.