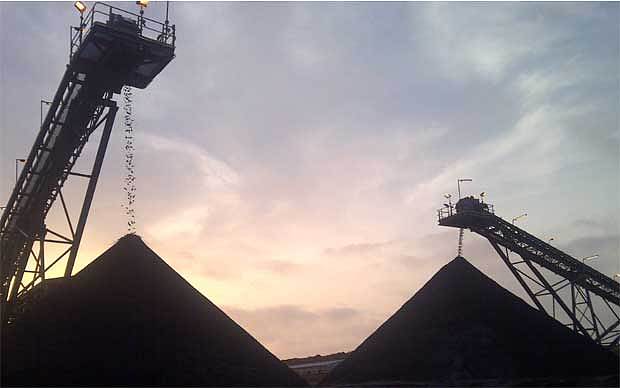 Frank Timis, the chairman of African Minerals, is close to securing a deal to buy London Mining’s operations in Sierra Leone out of administration.

Last week London Mining toppled into administration after failing to find a buyer for the business as it struggled with debts following a slump in iron ore prices.

Sierra Leone’s finance minister Kaifala Marah flew to London last weekend to join talks about the potential sale of the Marampa mine, which employs 1,400 people in the West African country and has iron ore reserves expected to support production for the next 40 years.

Timis Corporation is said to have secured financial backing in Australia to acquire the operational Marampa mine.

Mr Timis’s African Minerals owns a neighbouring iron ore mine, the Tonkolili project, in Sierra Leone and is expected to enter into a joint venture with Marampa.

Earlier this month the business also hired bankers at Standard Chartered and Jefferies to evaluate a possible debt restructuring for African Minerals.

London Mining had been working with Goldman Sachs and Standard Chartered to try to find a strategic buyer to plug a funding gap, which meant that it was running out of money to service its only operating iron ore mine.

The collapse came just a week after London Mining’s chief executive, Graeme Hossie, warned investors that there was little to no value left in the equity of the shares.

Indian steel conglomerate Jindal had also been involved in discussions about buying the mine.

London Mining was ravaged by the plummeting price of iron ore which is sitting at its lowest level since 2009. The group was also hit by a spat with commodities giant Glencore over the pricing of an iron ore supply contract, which is said to have put a squeeze on its short-term cash position.

The Ebola outbreak, which has sparked a crisis in Sierra Leone, has also piled pressure on the group, which has already chartered flights to move its “non-essential” staff out of the country

In June Mr Timis visited Sierra Leone and declared it “business as ususal” despite the Ebola threat.
PwC declined to comment. London Mining and Timis Corporation could not be reached for comment.