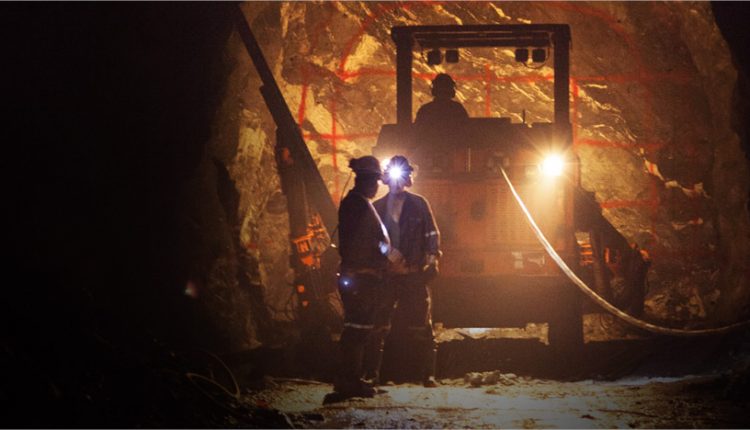 The loan deal struck to fund the mine, cut into a vast red plain deep in the Australian Outback, now looks like the high point of a multiyear pileup of debt in the global mining sector.

Now, as China’s hunger for resources ebbs and mining companies’ profits suffer amid falling commodity prices, those debts have become an albatross around the industry’s neck. Amid a slump in Chinese share prices last week, metals such as copper and aluminum fell to near six-year lows. Iron ore at one point hit its weakest level for a decade.

“There’s been a colossal misjudgment of future demand,” said Dali Yang, professor of political science at the University of Chicago. “That long boom made it especially difficult for people to expect anything otherwise. Many bought the big story about urbanization, instead of thinking how things could go bad.”

The world’s largest mining companies by market value had accumulated nearly $200 billion in net debt by 2014, six times higher than a decade ago, according to consultancy EY, while their earnings only increased roughly two-and-a-half times. Large mining companies have written off roughly 90% of all the acquisitions they made since 2007, according to Citigroup Inc.

Even if top mining companies devoted all their earnings less investment spending to paying down debt, it would take up to a decade to clear the decks, according to a Wall Street Journal analysis of EY data.

Mining companies cut big project spending recently, but many still face the decision to reduce dividends to shareholders, or borrow more to keep funding high payouts, risking downgrades to their credit ratings that would drive up interest costs–even as they still need to spend to shore up aging mines. “Something has to give,” said EY’s global mining leader, Mike Elliott.

In 2010, Rio Tinto PLC executives proclaimed global demand for significant industrial commodities would continue its trend of doubling roughly every 20 years. A Rio spokesman now declines to comment on that forecast.

Rio and its rival BHP Billiton Ltd. have largely stuck to projections that China’s steel output would increase to about one billion tons in the mid-to-late 2020s. China accounts for around half of global steel production.

Others caught the bullish mood. In 2012, Andrew Forrest, founder of Fortescue Metals Group Ltd., the world’s fourth-largest iron-ore exporter, predicted the commodity would trade at more than $100 a ton for as long as a decade.

It is hard to say definitively that mining companies were wrong, given the long-term nature of their forecasts. But few now expect anything other than a prolonged rough patch for the industry.

Chinese steel consumption has waned as the fortunes of the country’s property market have proven volatile. Policy makers have tried to shift China’s economy to become less reliant on big investments to being more driven by consumer spending. Industries known as heavy polluters have fallen out of favor.

Many now believe the world has already reached “peak steel.” China’s steel output increased just 0.9% last year and is down 1.6% in 2015 to date. The China Iron & Steel Association forecasts crude-steel output could fall as much as 2% this year from 823 million tons in 2014.

The entire mining sector, though, has become geared toward growth that has gone missing, according to Credit Suisse. The iron-ore market will go from being roughly in balance last year to having 250 million tons of excess supply in 2018, it forecasts.

This year, the strain is telling. In May, Standard & Poor’s Ratings Services cautioned BHP, the world’s largest mining company by market value, that it could lose its prized single-A-plus credit rating, citing the financial constraints caused by the company’s commitment to keep raising its dividend.

U.S. copper-mining company Freeport-McMoRan Inc. said in January it would have to curb spending after steep losses. The company has abandoned its target to reduce its debt total to $12 billion by the end of 2016, from $19 billion at the end of 2014.

Fortescue more than doubled its earnings between 2010 and 2013, but its net debt widened nearly sixfold. The mining company refinanced part of its debt in April at a near-10% interest rate, compared with rates as low as 6% in previous years.

Some are trying to keep the faith.

“In the short term, demand growth is not looking as strong as it was,” said Rio’s iron-ore chief, Andrew Harding. But “you don’t have to have growth every year for the long-term forecast to play out,” he said.

“There will be some volatility in the short term, there always is, but it all comes together in the long term,” said BHP’s iron-ore president, Jimmy Wilson.

But others in the sector are looking at what went wrong–and who is to blame.

“Analysts are popularly criticized for thesis creep, the incremental mutation of a call’s drivers over time, such that it’s not really clear that the original call was just plain wrong,” said Morgan Stanley mining analyst Tom Price. “I suspect the same thing’s happened here with the Big Mining’s view on China’s iron ore.”

Nev Power, Fortescue’s chief executive, said the fall in iron-ore prices has “ripped the heart out of our industry.” But he added that the iron-ore sector isn’t alone in misjudging the market. “If I think about how many thousands of people around the world analyze the oil price, yet that was wrong by about 50%. The iron-ore price is no different to that in difficulty of forecasting,” he said.

EY’s Mr. Elliott said that while mining companies might have enough cash flow to pay the interest they owe to debt providers, their shareholders face a squeeze. “Who’s taken the most risk? Equity providers,” he said.