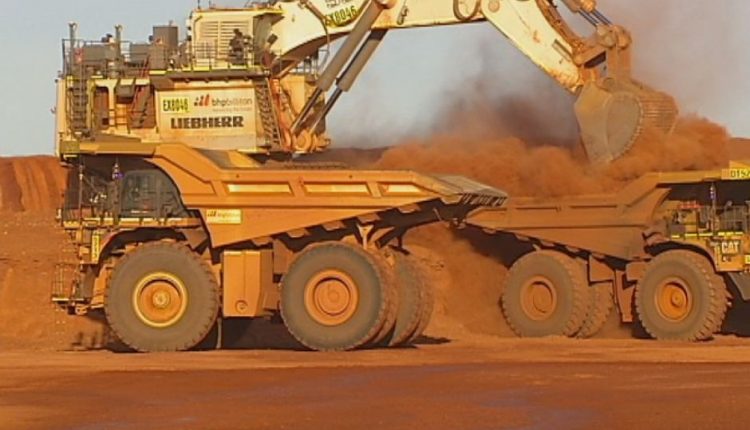 A resurgent copper price saw investors returning to the biggest names in mining on Wednesday with the world’s top listed producer of the red metal leading the charge.

In mid-day New York trade on Wednesday copper for delivery in July jumped 3.8% exchanging hands for $2.1190 a pound ($4,672 a tonne) as it recovers from four-month lows hit last week. Copper is now also back to breakeven for the year although it’s still underperforming almost all other commodities in 2016.

The gold price touched the $1,300-mark for the first time since the beginning of May following a dovish Federal Reserve statement on interest rates that sent the dollar lower. The metal is now trading 22.6% or $240 an ounce for the better this year.

Iron ore declined but held above $50 a tonne on Wednesday according to data from The SteelIndex. The iron ore price is up 17% this year defying expectations of a steep decline amid weak fundamentals.

Freeport-McMoRan (NYSE:FCX), which vies with Chile’s state-owned Codelco as the world’s number one copper miner in terms of output, was the best performer on the day, rocketing 9.5%.

Volumes were huge with more than 40 million shares changing hands by lunchtime making it the second most actively traded stock on the New York Stock Exchange. The Phoenix-based company is now worth $13.7 billion after rising 65.4% since the start of the year.

Shares in Vale (NYSE:VALE.P), the world’s top iron ore producer, traded 5.2% higher in New York bringing its gains in 2016 to 38% and its market capitalization back above the $20 billion mark.

A Brazilian judge yesterday dismissed a $5.8 billion lawsuit for damages against the two companies although a much larger civil action brought by prosecutors is still being considered. In March Vale and BHP reached a deal with Brazilian authorities agreeing to pay roughly $6.2 billion spread out over several years.

The world’s second largest miner based on revenue Rio Tinto (NYSE:RIO) added 4.5% in New York for a market cap of $51.5 billion. The Melbourne-HQed firm held up well in 2015 when others in the sector were falling to multi-year lows, but has not participated in this years rally. The counter is down 2% year to date while other like world number five diversified mining company Anglo-American has doubled in value in 2016.

Anglo American (LON:AAL, OTCMKTS:NGLOY) shares surged 5.8% in New York hitting a market value of $12 billion. In January the company with roots going back to the gold and diamond fields of South Africa more than a hundred years ago was worth a mere $2.2 billion. Anglo announced a radical restructuring program earlier this month that would see it cut some 85,000 jobs over the next few years as it reduces the number of mines it operates from 55 to the low 20s.

Barrick Gold Corp (NYSE:ABX, TSE:ABX), which produced 6.1 million ounces of gold in 2015, was up 3.4% with more than 15 million shares changing hands in early afternoon dealings pushing the shares to 2-year high.

After falling to its its lowest since 1989 in September last year, today’s advance brings the world’s top producer of the metal’s gains since the start of the year to an astonishing 177%. At a market value of $23.4 billion in New York, the Toronto-based company is the most valuable gold mining company in the world.

World number two in terms of production Newmont Mining Corp (NYSE:NEM) climbed 3.6% in afternoon trade. Denver-based Newmont, the only gold company that forms part of the S&P500 index, is also having a monster 2016, doubling since the beginning of the year.

While others are disposing of mines, Newmont is building its portfolio and last year acquired the Cripple Creek & Victor gold mine in Colorado. Newmont also has five key projects that are in execution stage including the Turf Vent project in Nevada and Merian mine in South America expected to start production late in 2016.

American Depository Receipts of AngloGold Ashanti (NYSE:AU), the world’s third largest gold producer in terms of output, added 4.7% for a market value of $6.9 billion on the NYSE. AngloGold Ashanti is up 136% since the start of the year and trading at its highest since August 2014.

Goldcorp (TSE:G, NYSE:GG) climbed 2.8% for market capitalization of $14.8 billion in New York. The year-to-date increase for the Vancouver-based firm which recently saw a top management overhauls is more modest than its peers at 58%. Goldcorp recently lowered its production forecast for to 2.8 – 3.1 million ounces from 2016 to 2018 from about 3.5 million ounces in 2015 driven by production declines at older mines.