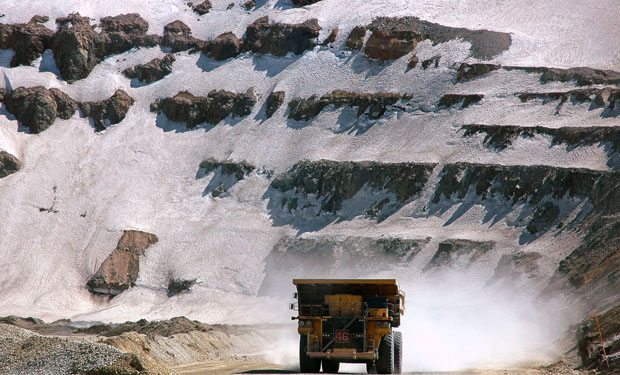 The Minerals Commission has said it will vigorously enforce all laid down procedures in the acquisition of Mining licenses.

Speaking to Citi News, Addae Antwi-Boasiako said the era of issuing licenses without recourse to due process is over.

According to the CEO of the Minerals Commission, Addae Antwi-Boasiako, the Ghanaian law is clear on the requirements for obtaining a mining license, and nothing is going to be added or removed in its enforcement.

“The laws are quite clear on what to do if you want a license to mine, and I don’t think we are going to change them now, all we are going to do is try and enforce the mining regulations as far as licenses and acquisitions are concerned, so no new things are going to come, we are just going to follow and do the right thing”he said.

The Lands and Natural Resources Ministry in 2017 expressed concern about the manner in which licenses were issued, and called for action.

The Minister said the Commission will expand the nine mining districts to twelve districts, and add fourteen satellite offices across the country.

The CEO of the Commission also said they are not going to be influenced by any external factors in their decision to enforce the regulation of Mining Licenses.

At a media briefing on the vision of the Board of the Minerals Commission on Tuesday, the Board Chairman, Samson K. Boafo said destruction of the environment, deforestation and pollution of water bodies will not be entertained, saying there will be re-organisation of the monitoring and inspection activities.

Under (LI2177:Section95-115), the Minerals Commission is mandated to regulate cyanide and explosive transportation, handling and storage.

The Commission said it will also be introducing new training and certification programmes to improve health and safety in the mines.

This is to ensure the reduction of anticipated accidents at mine sites which can be very fatal when it occurs.

The Commission will also work with key agencies such as the EPA and the Water Resources Commission to ensure compliance with Health, Safety and Environmental standards.

The Commission will be expanding its frontiers to map out deposits of industrial minerals across the country.

This will be packaged as part of the Commission’s investment drive for prospective investors in the construction industry, thereby creating employment for a lot more people in the mining sector.