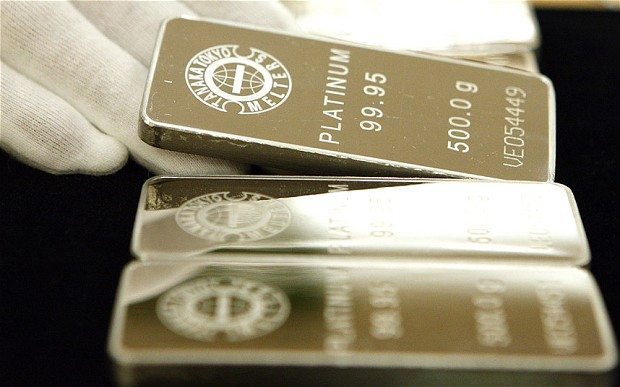 EASTERN Platinum is the second miner of the metal to have a Chinese deal collapse, with the major shareholder of a buyer baulking at delays in concluding a $225m deal.

The two-phase cash purchase of all of JSE-and TSX-listed Eastplats by Hebei Zhongbo Platinum “could not proceed” because Beijing Hehe Fengye Investments, a major shareholder in the Chinese company, opposed the deal, Eastplats said on Tuesday. Beijing Hehe said last month it had withdrawn its support for the transaction because the deal had not been completed by its August deadline.

This is the second major platinum transaction with a Chinese company that has failed, with Aquarius Platinum’s efforts to sell its mothballed Blue Ridge and Sheba’s Ridge mines to a Chinese consortium for $37m cash terminated in October last year. Regulatory delays forced the parties to extend the deal’s deadline nine times before the Chinese lost patience.

“This looks exactly like what happened to Aquarius. It’s incalculable how much these administrative delays and regulatory logjams have cost the mining industry in deals,” said Peter Major, mining policy consultant at Cadiz Corporate Solutions.

“For deals like this, particularly in a weak or falling commodity price environment like platinum, timing is everything, so you can easily understand why frustration creeps in, especially when you’ve worked so hard to find a buyer.”

The Competition Commission gave the transaction unconditional approval in mid-September, well after the August 7 target date. The Department of Mineral Resources did not issue its approval for the transaction, entailing the transfer of mineral rights, the key factor that sank the Blue Ridge and Sheba’s Ridge transaction.

Its statement came after Eastplats, which has mothballed its operations because of low prices, said in August it had not received the necessary approvals for the sale of its mines to Hebei Zhongbo Platinum by the August 7 deadline and was seeking Hebei Zhongbo’s permission to extend the deadline to December. Hebei Zhongbo never signed a revised agreement.

Beijing Hehe said in its October statement Hebei Zhongbo Platinum had notified Eastplats in September of its decision to terminate the transaction.

Eastplats’ board scrambled to verify the letter and whether Beijing Hehe had the authority to halt the deal and whether its October statement was valid. “Beijing Hehe’s approval as a shareholder is required for Hebei Zhongbo Platinum to execute the definitive agreements necessary to give effect to the restructured transaction between Eastplats and Hebei Zhongbo Platinum,” Eastplats said on Tuesday.

Last November, Eastplats CEO Ian Rozier, who could not be reached for comment on Tuesday, said the miner simply could not raise capital to return its Crocodile River Mine to production and bring its other assets to account.

Eastplats suspended its loss-making Crocodile River Mine in July 2013. It produced about 86,000oz of platinum group metals in 2012.

More than half of SA’s platinum miners are operating at a loss, with the platinum price falling about 40% since June last year more than offsetting rand weakness against the dollar.

There has been wide-scale restructuring in the industry, with Lonmin focusing on just four of its 11 mines, shedding 6,000 jobs.

Anglo American Platinum is in the process of selling its Rustenburg mines to Sibanye Gold. Impala Platinum is expediting the mining and closure of its older shafts as it brings new, low-cost mines into production.