Why Worst Is Still to Come for the Mining Sector 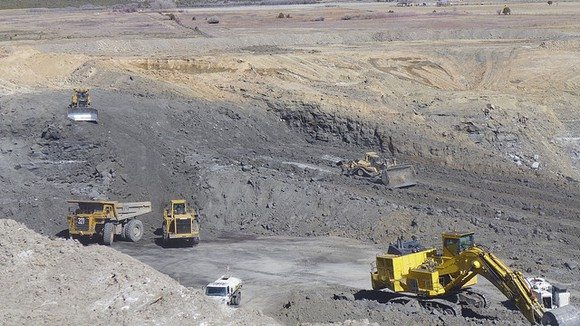 The Great Commodities Rally of 2016 seems to be over. After gold rose 20%, iron ore jumped 65%, and oil went up 50% from its January lows, most commodities seem to be giving up their gains as of late.

Ratings agency Moody’s (NYSE:MCO) issued a report last week noting that persistently low oil prices will fuel the increase in commodities sector defaults, with metals and mining companies bearing the brunt of the collapse. It forecasts the industry default rate to exceed 11% in 2016, though the oil and gas sector is hardly expected to do much better, with defaults expected to exceed 10%.

While Moody’s doesn’t single out any companies out that it believes will go down, investors may want to keep their eyes open for those that might be next. For example, the agency has assigned credit ratings to miners that hovers just above the junk rating threshold, including gold miners like Barrick Gold and Yamana Gold, both of which earned a Baa3 rating, and iron ore miner Vale. One step up is copper and gold miner Newmont Mining and gold digger Goldcorp, with Baa2 ratings.

Diversified miner BHP Billiton (NYSE:BHP) also saw its credit rating slip, but with an A1 rating, no one is expecting it to go bust. Still, Moody’s has placed 55 companies in the metals and mining industries industries with ratings between A1 and B3 under review for future downgrades because it doesn’t see the current environment as simply a cyclical shift, but rather a secular morass. And higher-cost, more financially burdened miners present the greatest risk.

Just look at the coal industry. Coal production was down 6% in April compared to March, and it’s down 38% from April 2015. The EIA expects production to fall another 17% this year — the largest drop in terms of amount produced and in percentage decline since information was first collected in 1949.

However, coal isn’t the only industry where miners are in trouble. Although Moody’s anticipates many more coal miners will go under this year, it also sees other mining industries as equally stressed. At least in the case of Peabody, Arch, and Alpha Natural, the ratings agency expects them to emerge stronger as they’ll have dramatically improved balance sheets and will still be operating low-cost mines.

It’s expensive just to keep the lights on

Last December, Bloomberg reported Standard Charter said 70% of all nickel production was unprofitable these days, while 60% of aluminum was produced at a loss. And though it also said just a quarter of zinc was produced unprofitably, producer Horsehead Holding filed for bankruptcy in February.

Miners like Freeport-McMoRan (NYSE:FCX) have been selling off vital assets to raise cash to deleverage their balance sheet. A bad bet on oil and gas saddled the copper and gold miner with some $20 billion in debt, and because no one was willing to buy those assets from it, it’s been forced to sell other more compelling assets to lower its debt. In recent weeks, it sold off an additional interest in its Morenci gold project in Arizona and the Tenke Fungurume copper and cobalt project in the Democratic Republic of Congo.

Similarly, Vale announced it would be selling some $10 billion worth of core and non-core assets over the next 18 months to help lessen its debt load, with CEO Murilo Ferreira saying, “We don’t have a specific attachment to any assets from any commodity.”

It’s been a pretty painful time in the mining sector, one that not even the recent commodities rally can assuage. But now that the fire seems to have gone out of the speculative run higher — iron ore, for instance, has lost about a quarter of its value since topping out just under $70 per tonne — it’s likely to resume the downward spiral, and the weakest metals and minerals miners will end up circling the drain.

There’s something big happening this Friday

I don’t know about you, but I always pay attention when one of the best growth investors in the world gives me a stock tip. Motley Fool co-founder David Gardner (whose growth-stock newsletter was the best performing in the U.S. as reported by The Wall Street Journal)* and his brother, Motley Fool CEO Tom Gardner, are going to reveal their next stock recommendations this Friday. Together, they’ve tripled the stock market’s return over the last 13 years. And while timing isn’t everything, the history of Tom and David’s stock picks shows that it pays to get in early on their ideas.