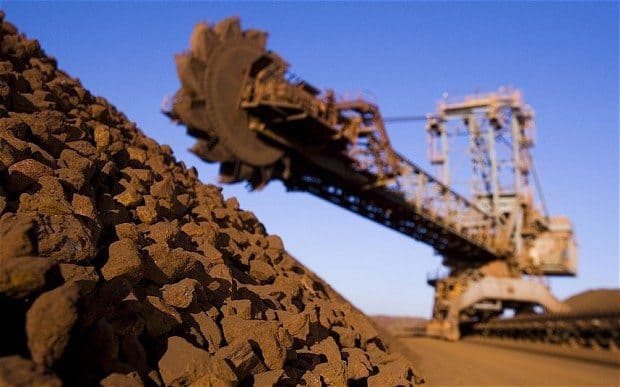 London Mining Plc (LOND.L) said it would consider ending an iron ore supply contract with Glencore Plc (GLEN.L) after a dispute over payment, sending shares of the company to an all-time low.

Shares of AIM-listed London Mining fell nearly 13 percent to 22.50 pence on Monday morning, after the company said Glencore had “refused to pay” an advance payment for iron ore to be mined in Sierra Leone.

Glencore declined to comment. Its shares were down 2.8 percent by 0903 GMT (10.03 a.m. BST), having earlier touched their lowest in more than three months.

London Mining said it was in dispute with Glencore about a cash prepayment and that it was considering its options under an offtake agreement – a contract that commits future production in exchange for cash.

London Mining Chief Executive Graeme Hossie said he was confident that the company would find a replacement partner in the event that it terminated its agreement with Glencore.

“Indeed the phones have been ringing this morning, since this news has come out, with offtakers who would wish to take up that volume,” Hossie told Reuters.

He said the five-year contract with Glencore, which began in 2012, was for about 2 million wet tonnes a year of iron ore.

London Mining has separate offtake agreements with Vitol and Cargill.

Like other junior iron ore miners, London Mining is battling record low prices for the steelmaking raw material in the face of stagnant demand from the world’s top consumer, China, and oversupply from the biggest players in the industry.

The company has trimmed its full-year iron ore production forecast, deferred a $175 million (107.13 million pounds) extension plan for its Marampa mine by two years and put off $20 million of non-essential capital expenditure because of weak prices.

London Mining said it was in talks with its core lender for short-term replacement liquidity. The company had net debt of $282.2 million as of June 2014. Hossie declined to comment on the company’s current cash position.

The company also said it had agreed a $30 million revolving, two-year pre-export financing facility with Afreximbank that required approval from its existing lenders.